“I was sued for saving babies” – Guest: Pastor Wend... 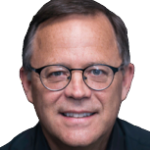 Wendell Brane has been an outspoken advocate for unborn children since the early 1980s. He has organized and participated in various pro-life demonstrations over the decades, even facing multiple lawsuits from different abortion clinics. He currently pastors Trinity Evangelical Church in Fort Wayne, where he has served since 2001.

In the late 80s and early 90s, Wendell led Northeast Indiana Rescue which brought hundreds of Christians together to block entrances of area abortion clinics. The peaceful acts of civil disobedience resulted in both saving babies and raising awareness of the evil of abortion.

On today’s program, Mark gets to the issue of whether civil disobedience can be justified in rescuing children from abortion. Pastor Brane’s clear thinking and experience brings a fresh look at this controversial topic.

The Mark Harrington Show is on Mark’s Facebook, Twitter, and YouTube accounts. Mark’s show is broadcast on America Family Radio’s 180 stations and Salem Radio on Saturday in Ohio. The podcast is available on Apple Podcasts, Podbean, Spotify, and all the popular podcast platforms as well as on Mark’s flagship website: MarkHarringtonShow.com